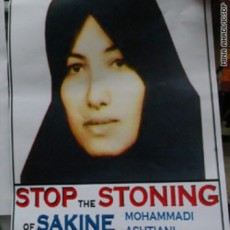 The Case of Sakineh Mohammadi Ashtiani is farther more an evidence that those who are paying the price for the Islamic regime of Iran´s brutality are just ordinary people. There have been thousands of cases in Iran that rich people, mullahs, key members of the revolutionary gourd, business men and so on, who have been involved in a range of sexual affaires, bribing, stealing money from governmental and nongovernmental funds, went free without being on trial for their crimes. But ordinary people such as Sakineh Mohammadi Ashtiani and thousands of others are getting beaten, prisoned, executed, hanged, stoned, and disappeared on daily bases by the regime that claims that its ruthless handling of Iranian society is based on Islamic laws. These fundamentalists in Iran strongly stress that Islamic laws, that go back to 1500 years ego, are perfectly capable to run the country with. And they have been trying all these years since the Islamic revolution 1979 to implement those laws on families, on school system, on bank system, on financial system and so on.  This ancient way of thinking and running Iran has fallen the country in a total bankruptcy as the whole world witnesses today.

In contrast European countries such as Sweden make changes in their laws annually and they legislate hundreds of new laws every year in order to be on track and to be competitive with the rest of the world. Swedish lawmakers know that if they do not do so the country will fall back in the long run and the Swedes will suffer greatly in the first place. Lawmakers, law forces and the government of Iran do not have the welfare of Iranian people such as Sakineh Mohammadi Ashtiani neither in their minds nor in their actions. This fraction of Islam believes that it is good for ordinary people to suffer in this fatal life in order to get a better place in the afterlife which is immortal. It has been the main slogan of the Islamic regime since the foundation of Islamic Republic of Iran.

Ordinary people such as Sakineh Mohammadi Ashtiani and thousands of others, and millions of others have no chance to survive under the brutality of this bloodthirsty and barbarian regime without serious help of international community. The regime is so ruthless that it breaks down any protest without mercy within the country. The international community must act united and powerful in order to help Iranian people making themselves free from these murderers who have stolen their country and who have taken a whole nation in their captivity for such a long time. 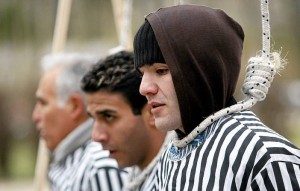