The aftermath of post-election turmoil in Iran/analysis 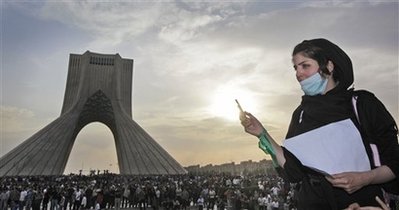 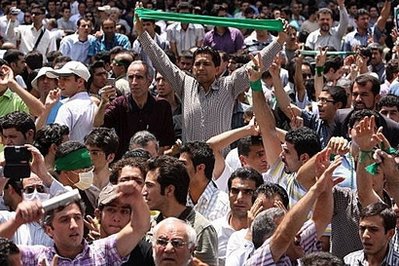 There are many voices these days in Europe that say, as a non-Islamic party or group that supporting Mousavi and the Green movement which is actually a fraction of Islamic movement within the instruction of Islamic Republic of Iran is a enormous mistake kind a like they did in connection to the revolution against the Shah of Iran in 1979. All political parties from the left to the right supported Ayatollah Khomeini and backed him up to shake the regime of the Shah and finally break it dawn. You could see surprisingly that khomeini and his opportunistic way of running the country forced the country back in hundreds of years, continued an unjustified war which cost hundreds of thousands of lives of Iranian people and an economic backlash of five hundred billion dollars. Different parties are worried if they go behind the Green movement in Iran now there is a risk that they do the same mistake as they did before. My opinion is that they are wrong.

There is a distinguishing difference here. Khomeini and his group were a gang of Muslims with a very opportunistic and fundamentalistic seen of Islam. It was clear from the beginning for all other parties that what agenda Khomeini was running. They knew that Khomeini was trying to shift the power from a secular, military regime of the Shah with a strong political and financial relationship with the western world to a power of more traditional and old Islamic law. Mousavi and the Green movement in opposite have a moderate seen of Islam. Their way of interpreting Islamic law, in opposite to the hardliner takes the country out of isolation and take the life standard in Iran to a higher level compared with what it is today. The Green movement is seeking also an international recognition.

As a non-Muslim and opposed to Islamic law I think that in this stage of straggle against Iranian regime we need to support the people of Iran that want to see Mousavi as their president. When it happens the next step will be to find another presidential candidate with a more democratic agenda that can take the country to the next level and so on.