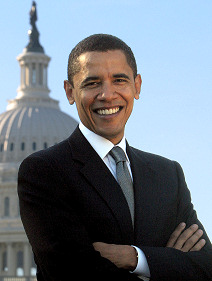 I got somewhat sad but absolutely not surprised when I read about how some of International broadcasters including Swedish mass media commented the recognition of president Obama as the 2009 Noble Peace Prize Laureate by the Norwegian Noble Committee as a big joke.

There is no secret that The Norwegian Noble Committee has in many years used the peace prize as an instrument, hopping to create change and to enforce peace activities in different regions in trouble such as meddle east conflict and peace keeping activities in Asia and Africa, fight aganist poverty and also environmental change in the World.

There are a number of winners who received the prize without actually doing anything remarkable to create a change or reaching a lasting peace. Yasser Arafat, Shimon Peres and Yitzhak Rabin, International Atomic Energy Agency (IAEA) and Mohamed ElBaradei, International Panel on Climate Change (IPCC) and Al Gore jr., even Anug San Suu Kyi are some of those who received the peace prize long before they did anything important to be awarded with this prize, in fact some of them had the blood of thousands of innocent people on their hands when they were awarded with peace prize.

It is not unfamiliar for the international community that The Norwegian Noble Committee used to use this tool in order to fasten the attempt of the world leaders to reach for instance peace or to create a better world for human beings to live in. In that regard awarding President Barack Obama with the Noble Peace Prize is not a joke but it is in many regards a very correct decision by the Committee in a very right time. By doing that the Committee puts another burden on the shoulders of the President in which the president is going to feel even more responsible to reach as many goals as possible he sets up to reach, everything from ending two wars in Iraq and Afghanistan, creating a better relationship with Muslim world, giving America a more fair and respectful role in its relationship with Europe, control of countries that are trying to make nuclear bomb and last but not least getting through a public health insurance in the US.

All of these have already made lots of pressure on him and created lots of domestic and foreign enemies against him. He is falsely and foolishly called by wicked people within the US: an Arab, a Muslim, a socialist, and a communist. He may be all of them, thus none of them as he emphasizes. He is Barack Obama, period! A man of his own. A man of his persona who shares many characteristics with Arabs, Muslims, socialists and communists but he is first and foremost Barack Obama, period!

The decision of the Norwegian Noble Committee was correct and exactly in time in order to put more pressure on president Obama to continue the way he started. And for a man in his caliber and in his position the road will be very rocky and of course dangerous. He is without any doubt a man who fits perfectly in the company of great laureates such as Nelson Mandela, Aung San Suu Kyi, Shirin Ebadi, Dalai Lama, Martti Ahtissari, and Dag Hammarskjöld.